15 Kilometers Along
the Georgian-Azerbaijanian
Border

Julian Heynen: For most people deserts are merely regions to be crossed, places with transit routes that have to be negotiated. Very few have ever chosen to linger in the extreme living conditions of what Peter Sloterdijk has referred to as the ‘world’s shadow’ zones, seeking to explore the realms in-between this world and the next. But you set up camp in exactly that kind of a desert.

Ursula Schulz-Dornburg: A Georgian geologist told me about the caves there that were once inhabited by Christian monks, who had fled the Byzantine Empire in the seventh century. The unusual thing was that they created their dwellings inside rock formations. I was interested in this very different kind of architecture with its blind spaces, like spaces inside a body. The entrances to these caves were only discovered because this region is prone to earthquakes and regularly disturbed by explosions detonated by Russian troops engaged in military manoeuvres.

JH: In these images you make a very nice point of the dialectics between monastic withdrawal and the view out into the world.

USD: The world seems to be infinitely far away, and these stone rooms are small and confined, and difficult to photograph.

JH: In this group of works you actually portray more in the way of stone sculptures and light sculptures than architecture. The dominant feature is a strange, soft plasticity.

USD: I could only take these pictures in the diffuse light of dawn. I was fascinated by the stones and the marks on them, by the way they had been positioned to limit access and to create living spaces, with stone beds, stone tables and altars. But in this closed world there was also a connection to the outside world, thanks to carrier pigeons. Special structures were created in the caves explicitly for the pigeons, so that it was always possible to send messages to Constantinople.

JH: So, once again the horizon hints that things we think of as absent are never completely absent. 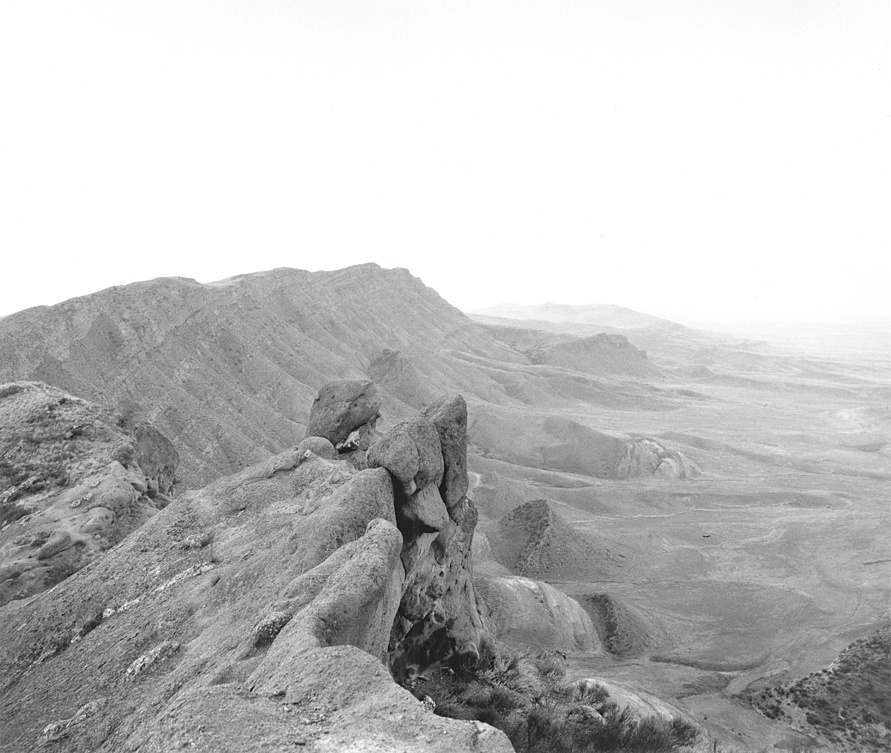 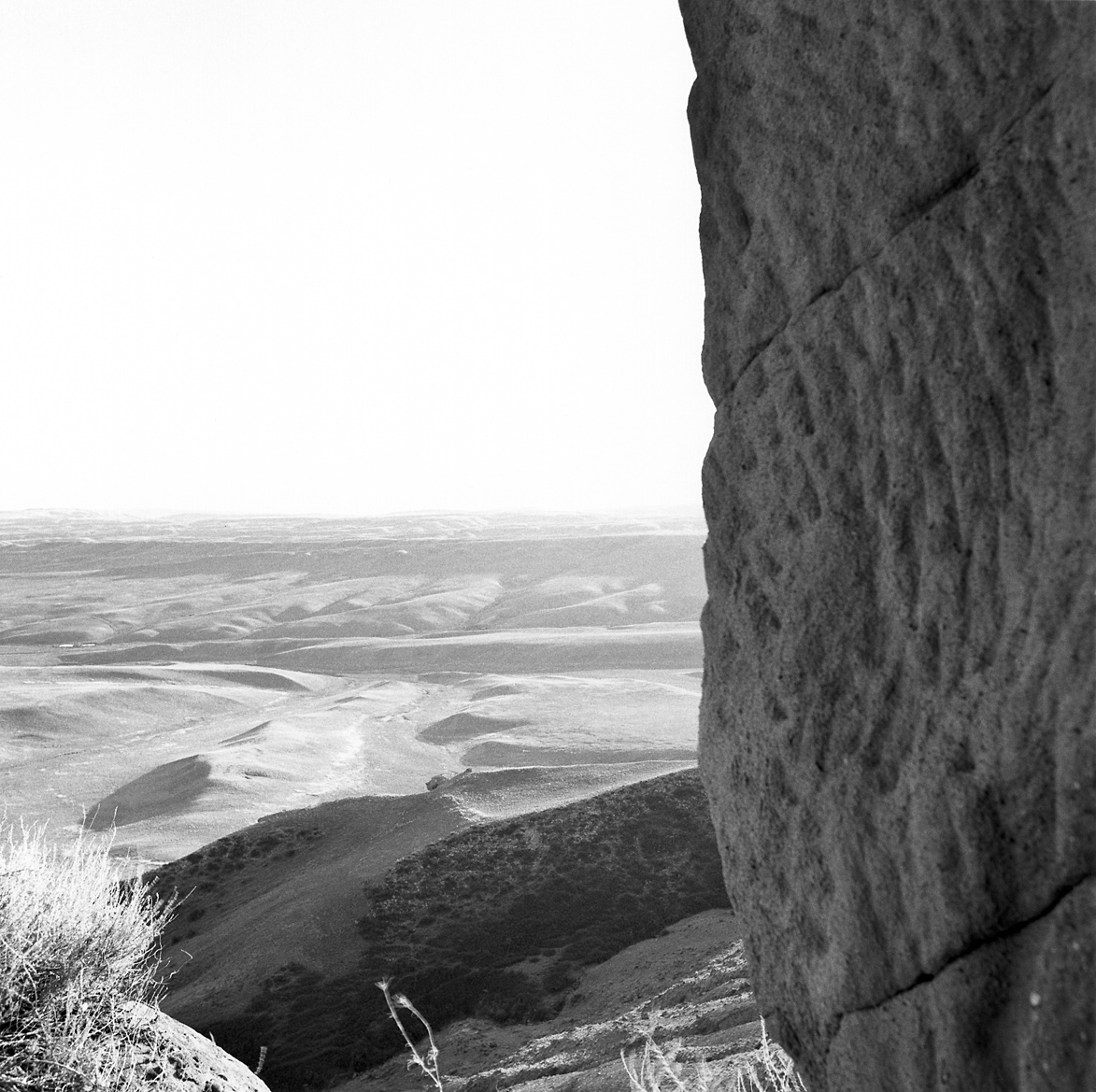 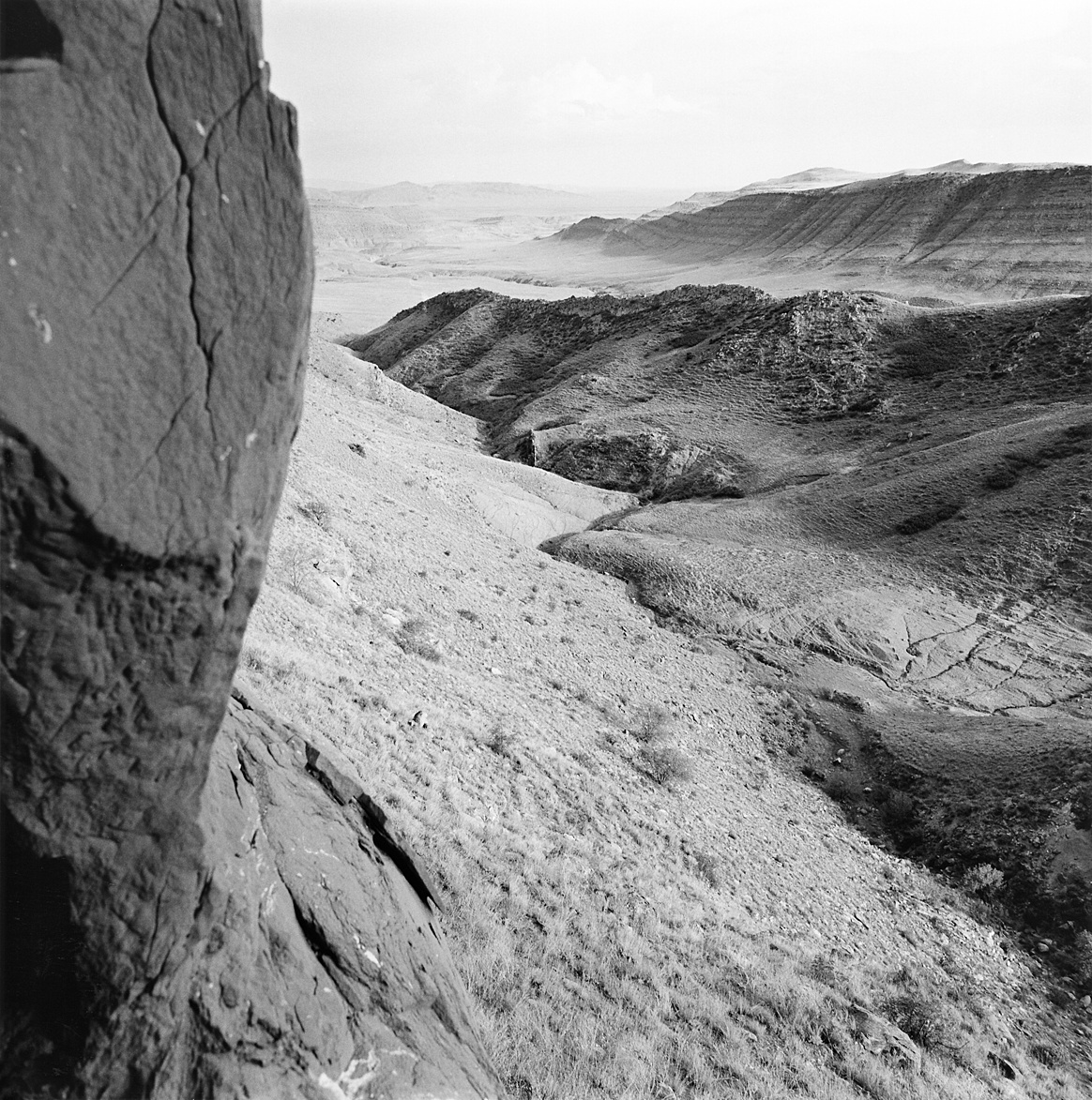 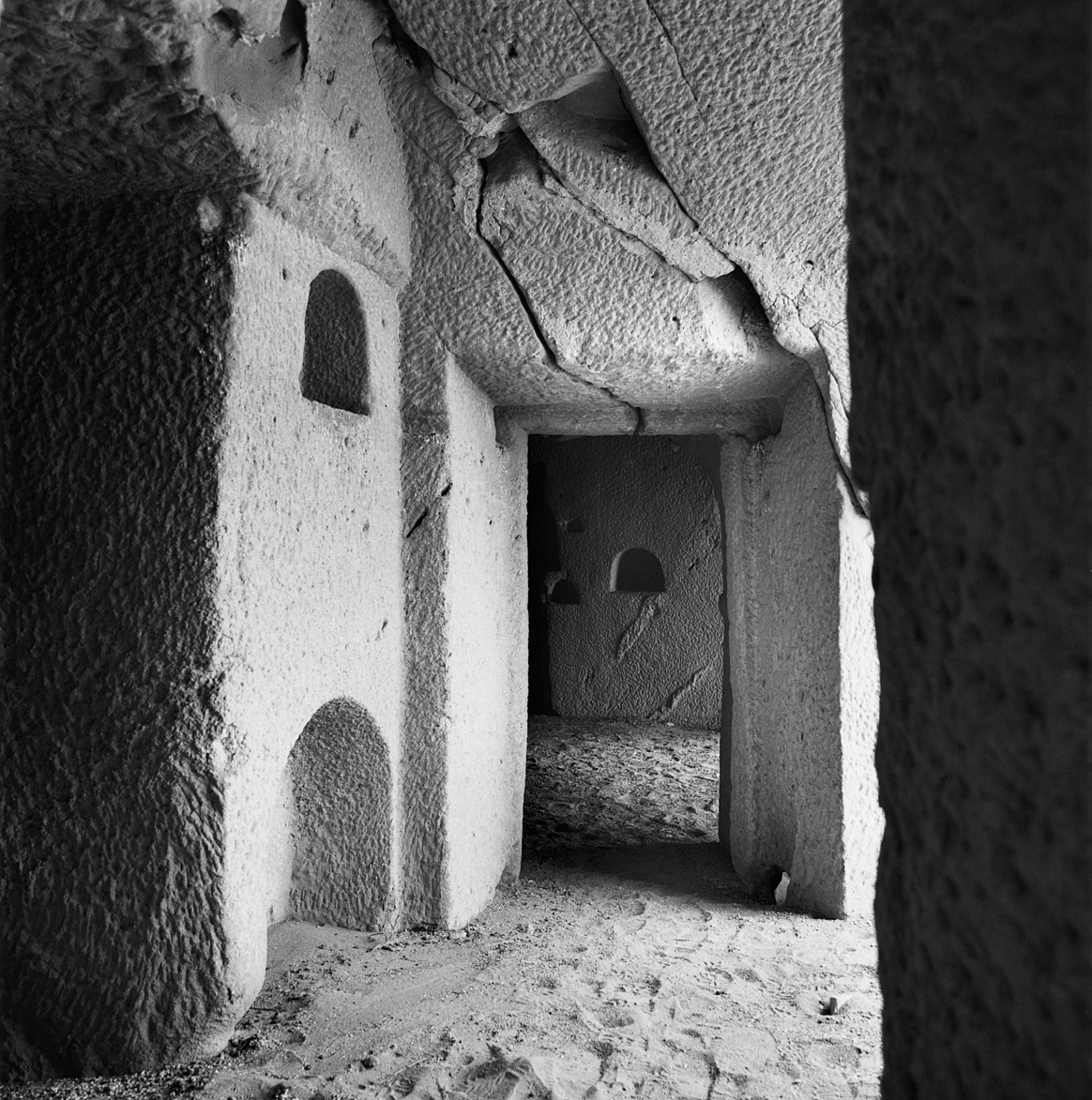 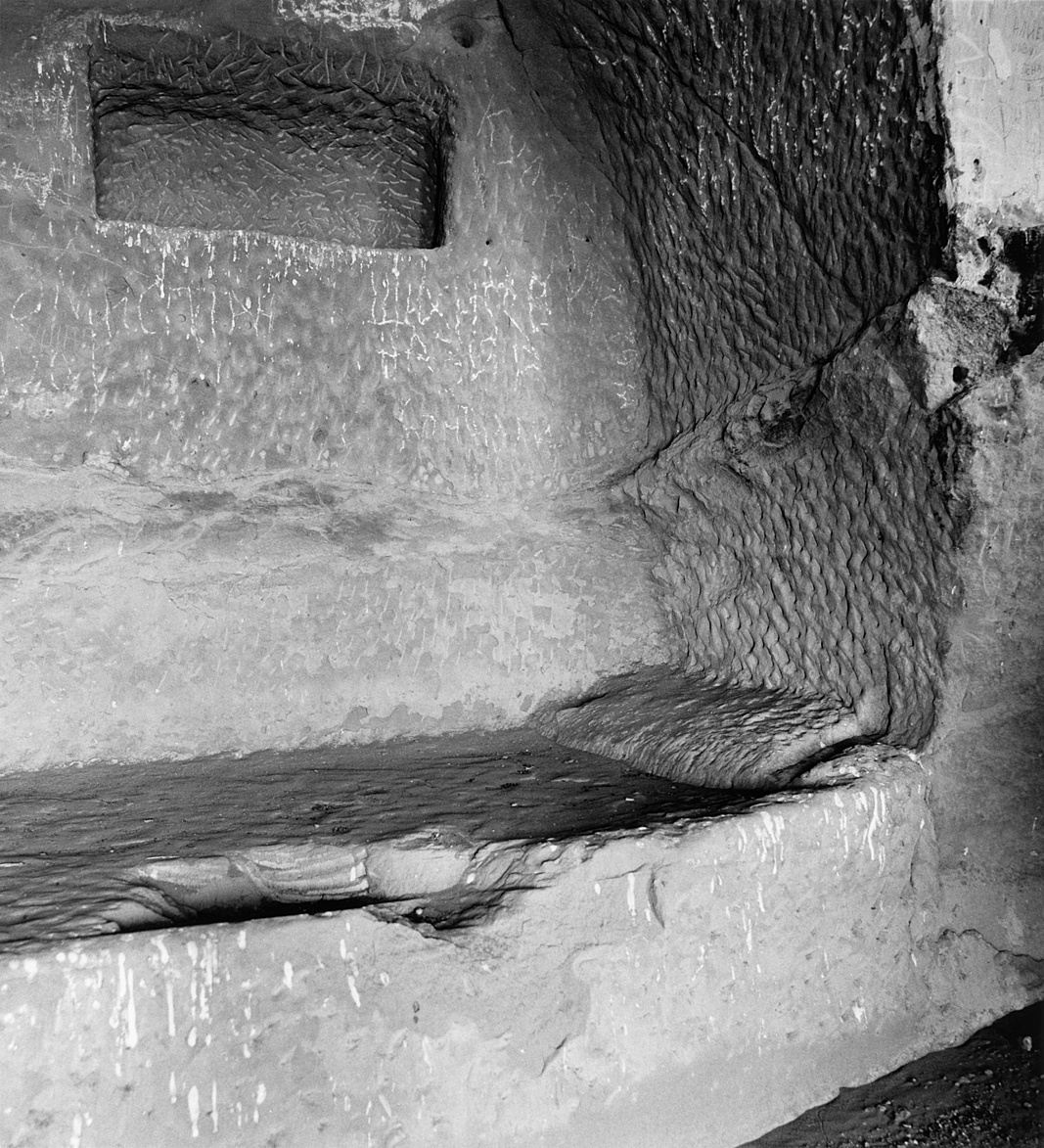 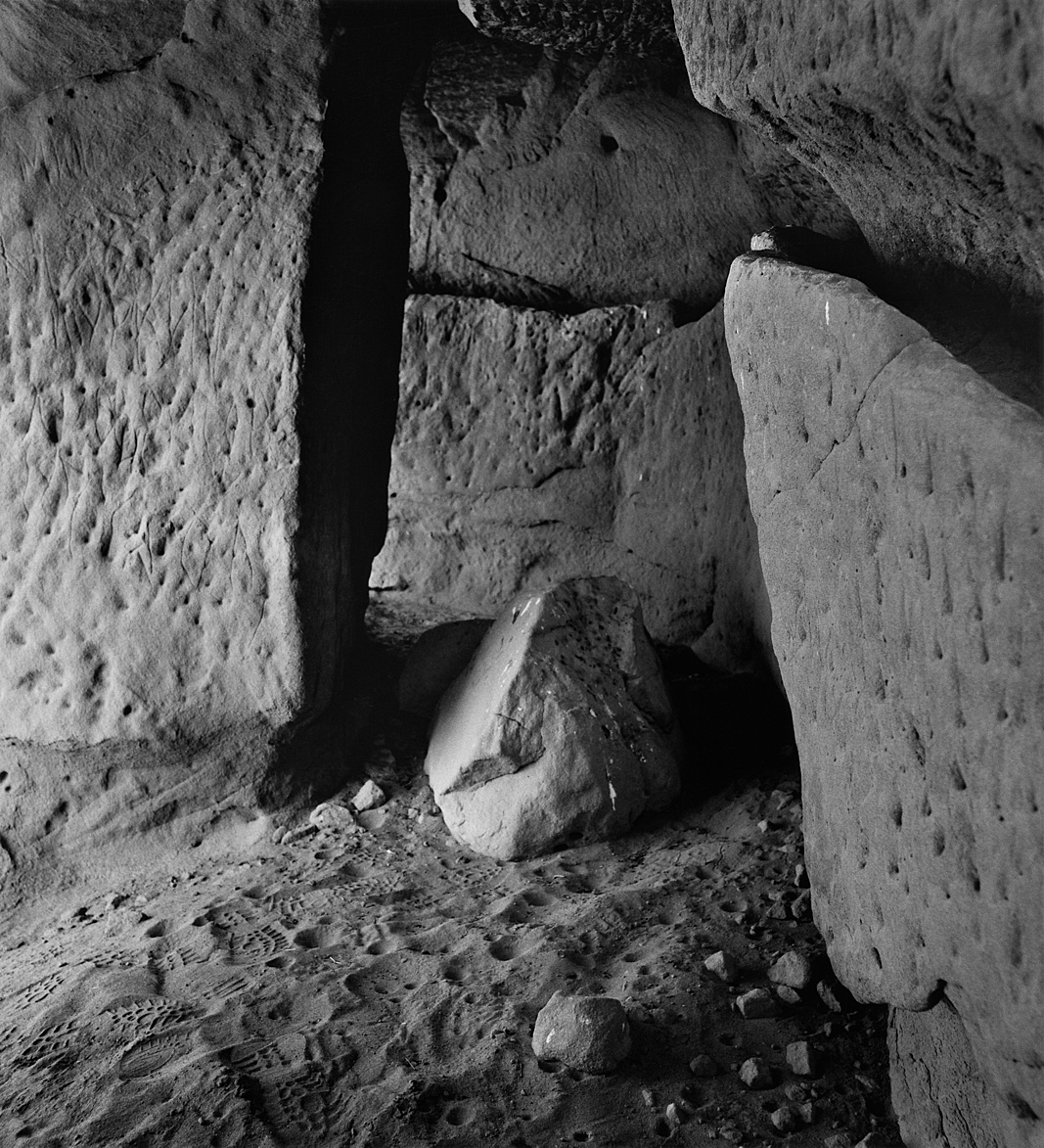 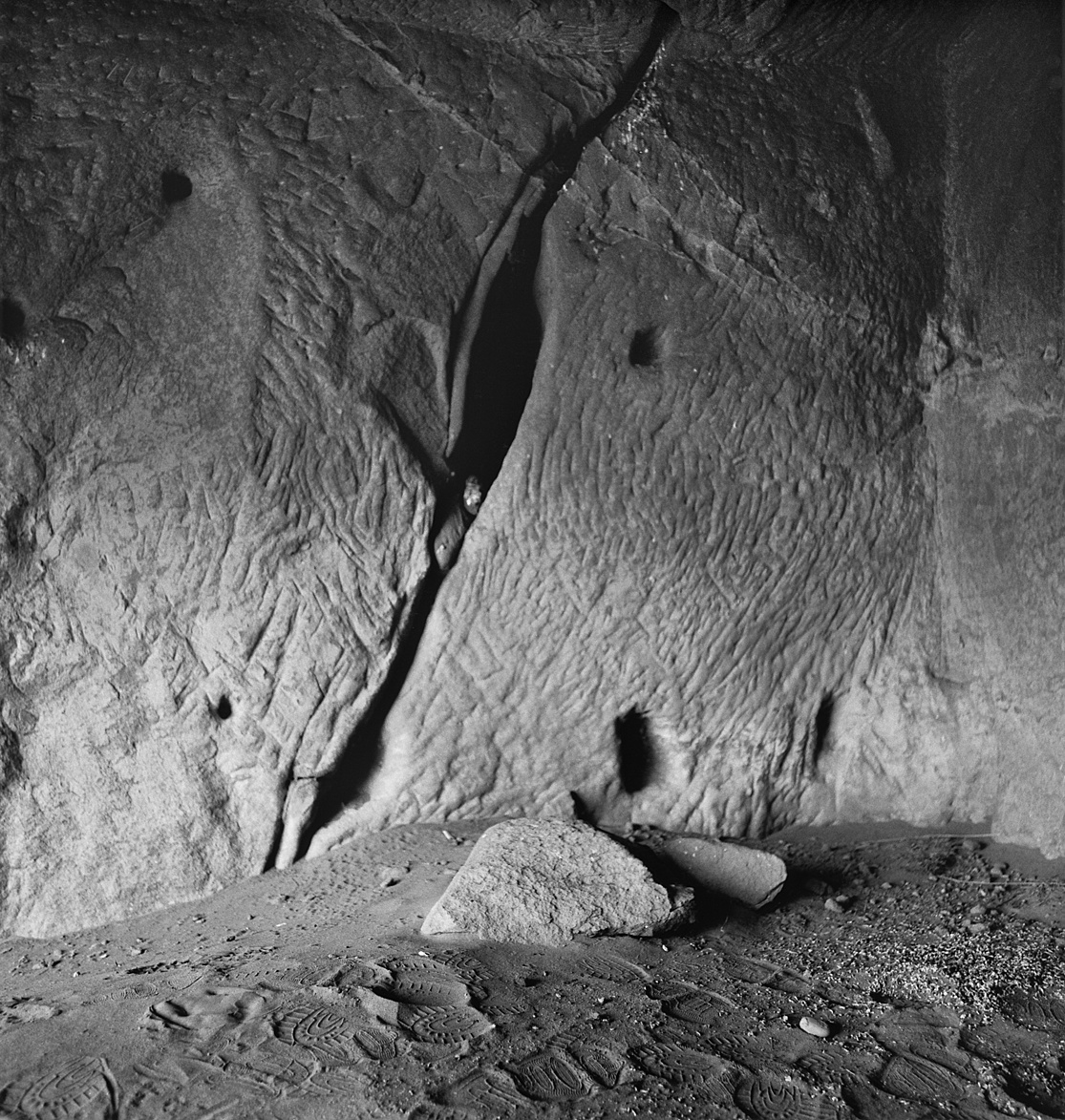 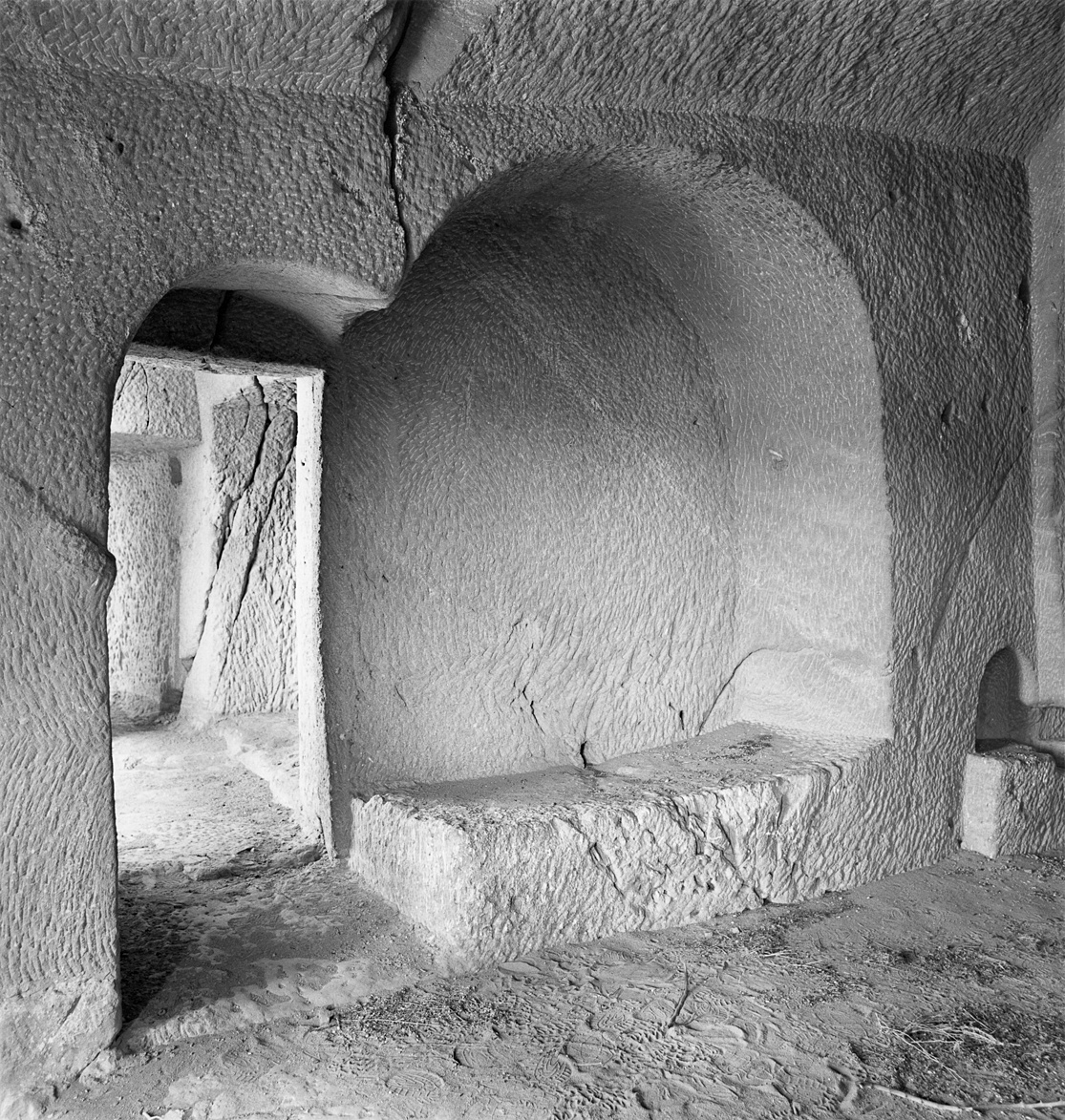 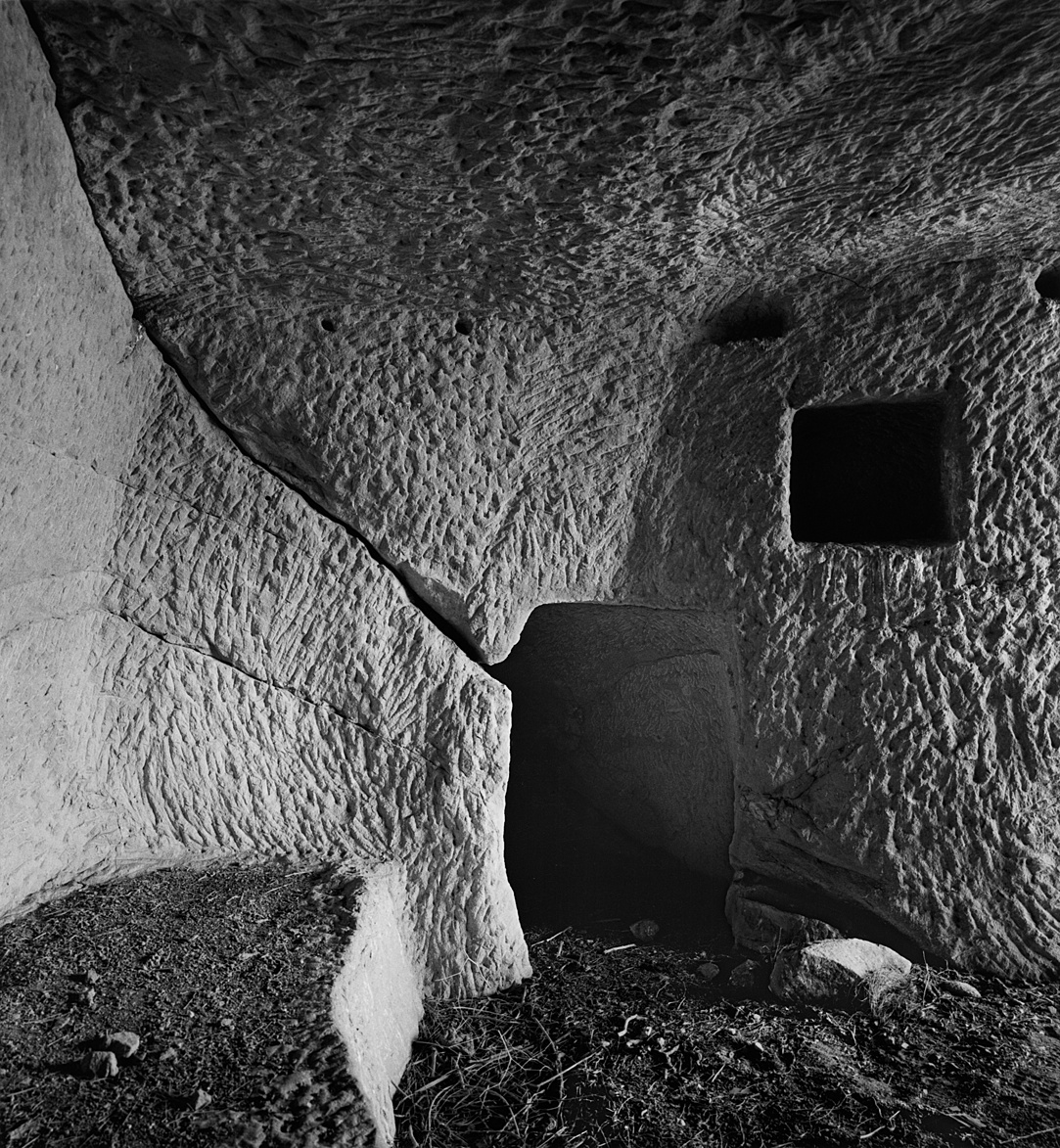 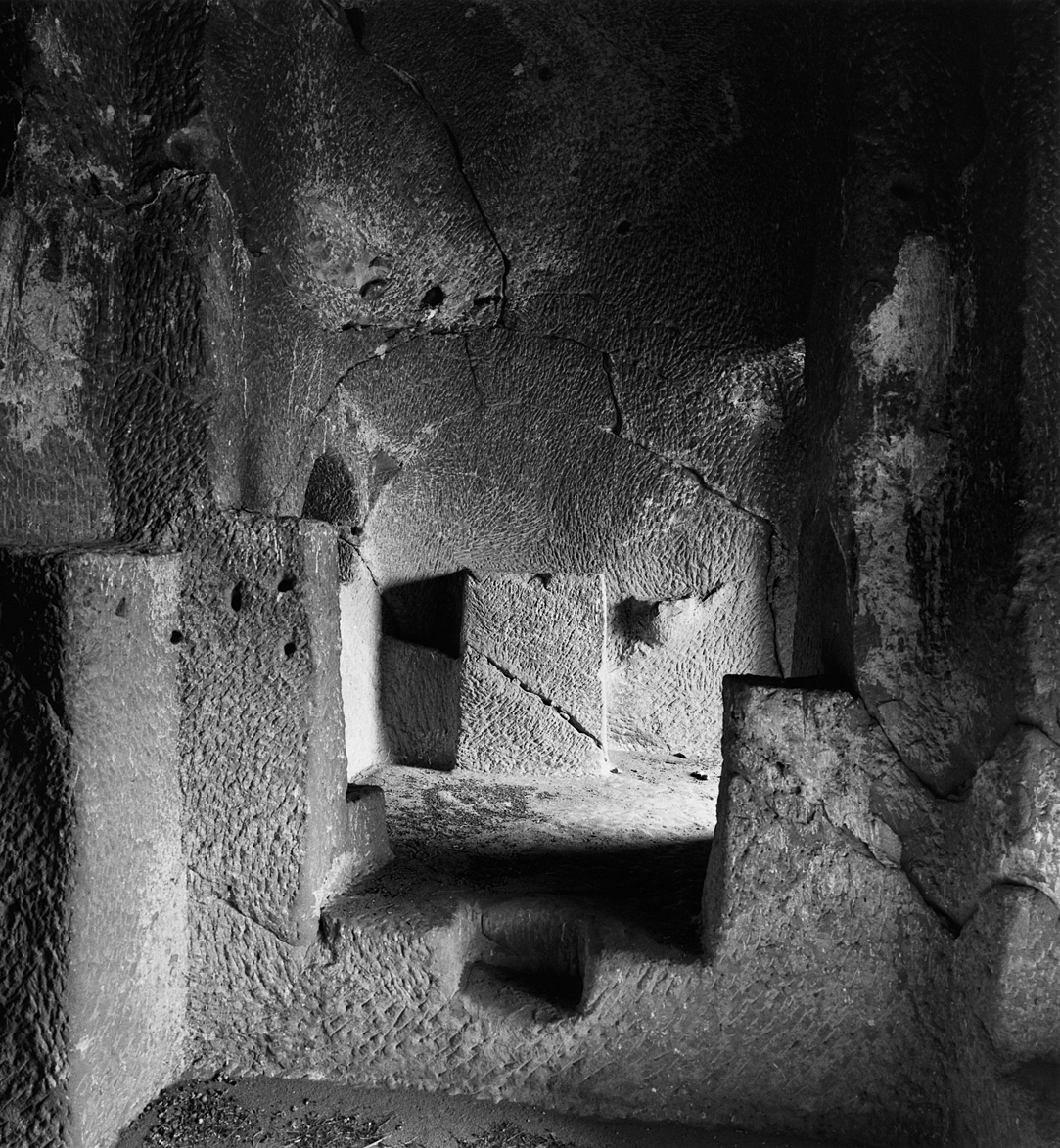 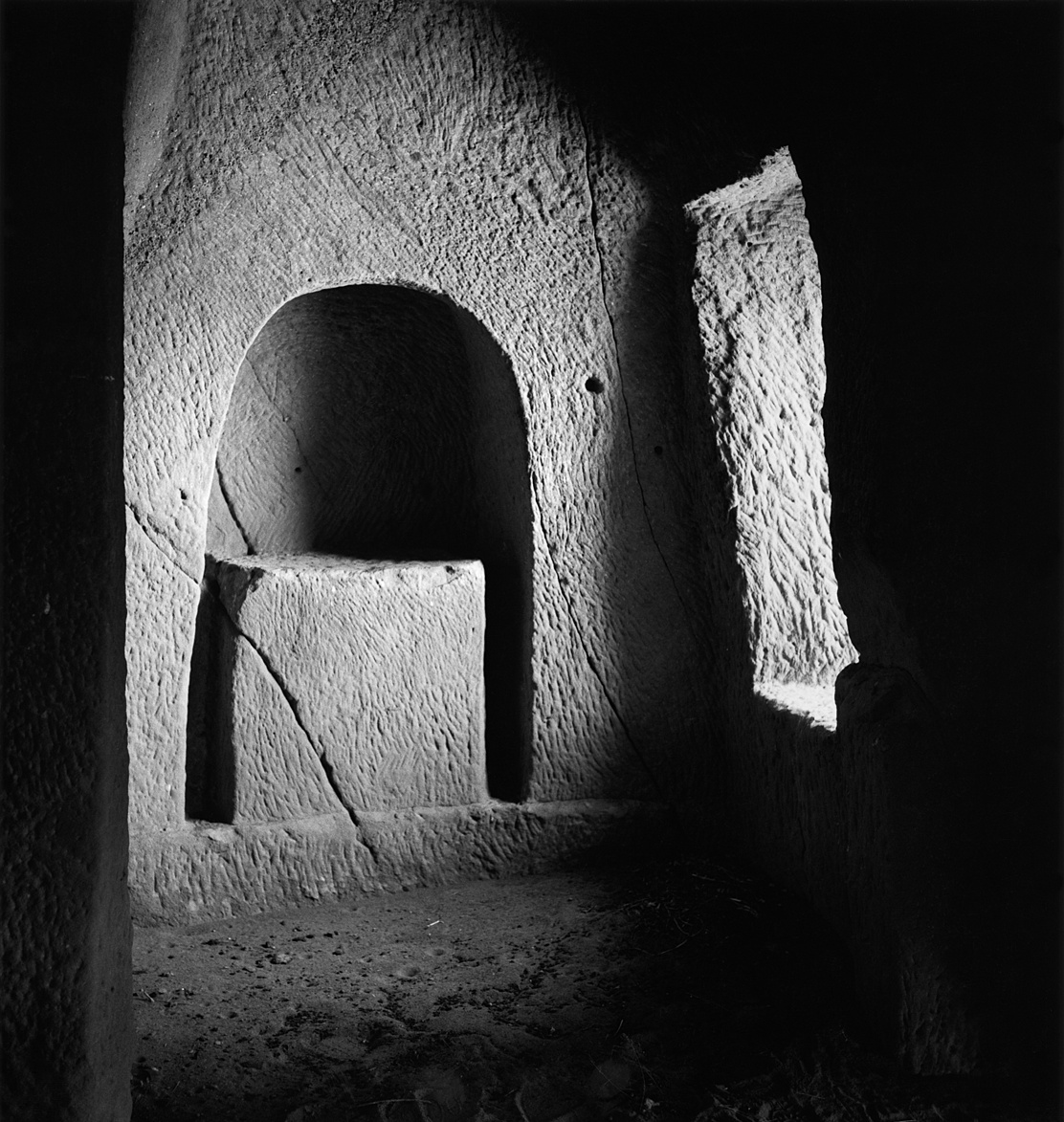 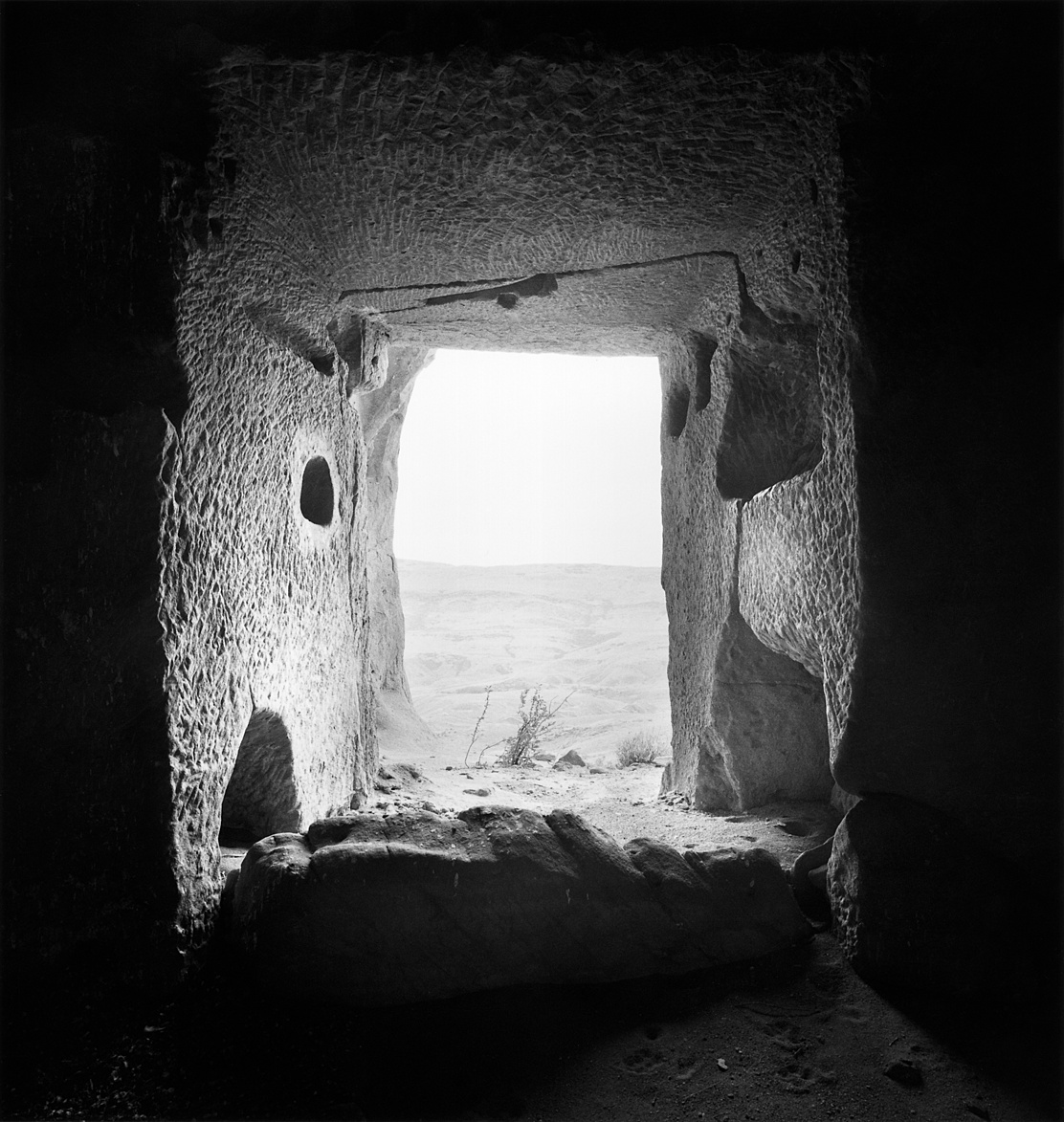 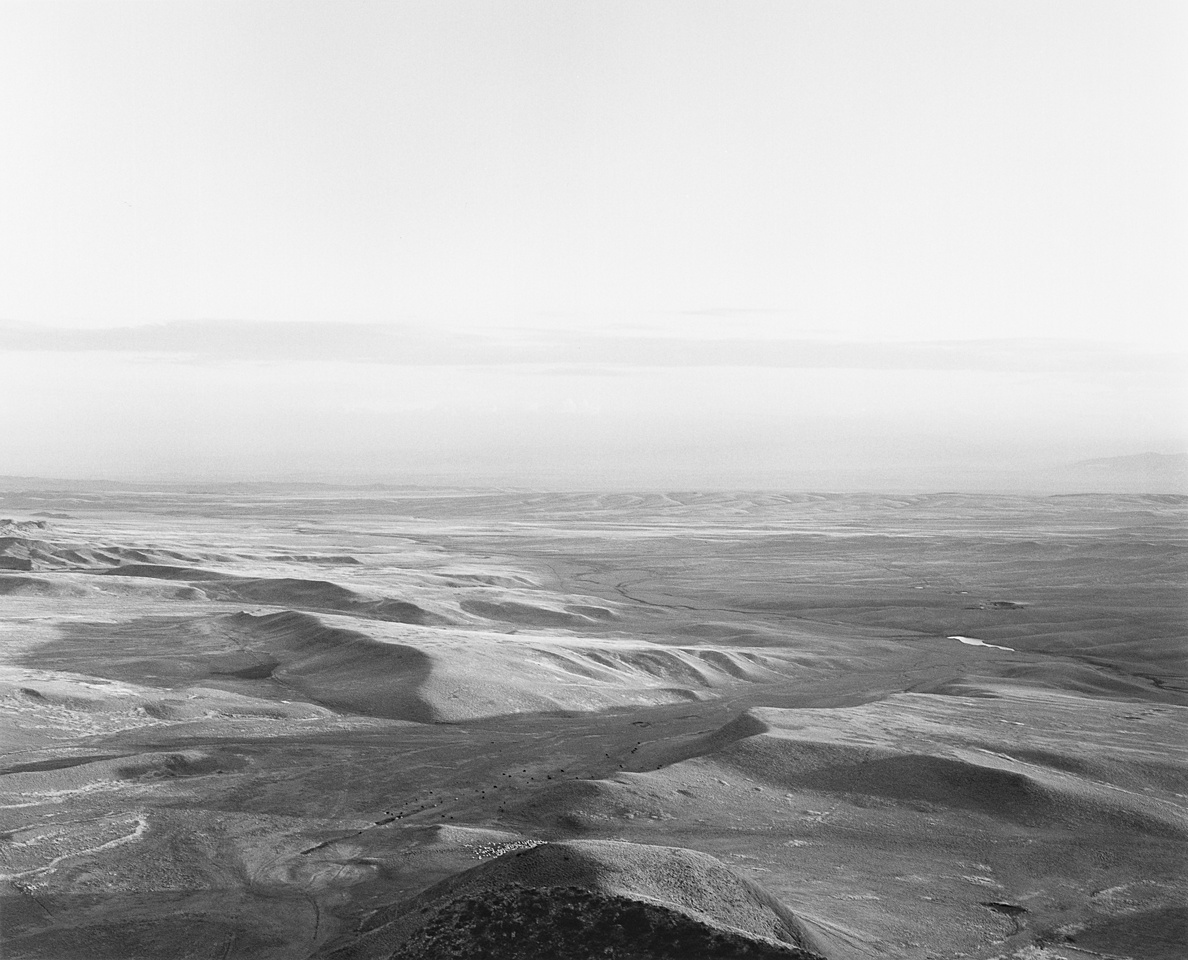