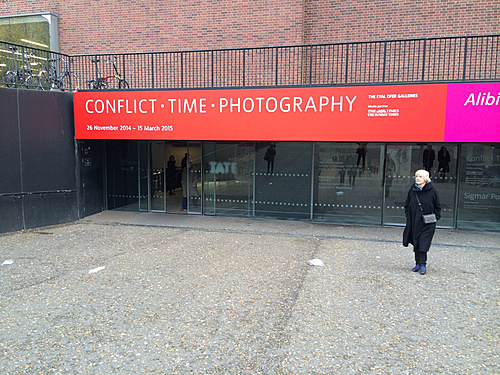 Conflict, Time, Photography brings together photographers who have looked back at moments of conflict, from the seconds after a bomb is detonated to 100 years after a war has ended. Staged to coincide with the centenary of the First World War, this major group exhibition offers an alternative to familiar notions of war reportage and photojournalism, instead focusing on the passing of time and the unique ways that artists have used the camera to reflect on past events.

Conflicts from around the world and across the modern era are depicted, revealing the impact of war days, weeks, months and years after the fact. The works are ordered according to how long after the event they were created: images taken weeks after the end of the American Civil War are hung alongside those taken weeks after the atomic bombs fell on Japan in 1945. Photographs from Nicaragua taken 25 years after the revolution are grouped with those taken in Vietnam 25 years after the fall of Saigon. The exhibition concludes with new and recent projects by British, German, Polish and Syrian photographers which reflect on the First World War a century after it began.

The broad range of work reflects the many different ways in which conflict impacts on people’s lives. The immediate trauma of war can be seen in the eyes of Don McCullin’s Shell-shocked US Marine 1968, while the destruction of buildings and landscapes is documented by Pierre Antony-Thouret’s Reims After the War (published in 1927) and Simon Norfolk’s Afghanistan: Chronotopia 2001-2002. Other photographers explore the human cost of conflict, from Stephen Shore’s account of displaced Jewish survivors of the Second World War in the Ukraine, to Taryn Simon’s meticulously researched portraits of those descended from victims of the Srebrenica massacre.

Different conflicts also reappear from multiple points in time throughout the exhibition, whether as rarely-seen historical images or recent photographic installations. The Second World War for example is addressed in Jerzy Lewczynski’s 1960 photographs of the Wolf’s Lair / Adolf Hitler’s War Headquarters, Shomei Tomatsu’s images of objects found in Nagasaki, Kikuji Kawada’s epic project The Map made in Hiroshima in the 1960s, Michael Schmidt’s Berlin streetscapes from 1980, and Nick Waplington’s 1993 close-ups of cell walls from a Prisoner of War camp in Wales. As part of Conflict, Time, Photography, a special room within the exhibition has been guest-curated by the Archive of Modern Conflict. Drawing on their unique and fascinating private collection, the Archive presents a range of photographs, documents and other material to provide an alternative view of war and memory.

Artists included in the exhibition are: 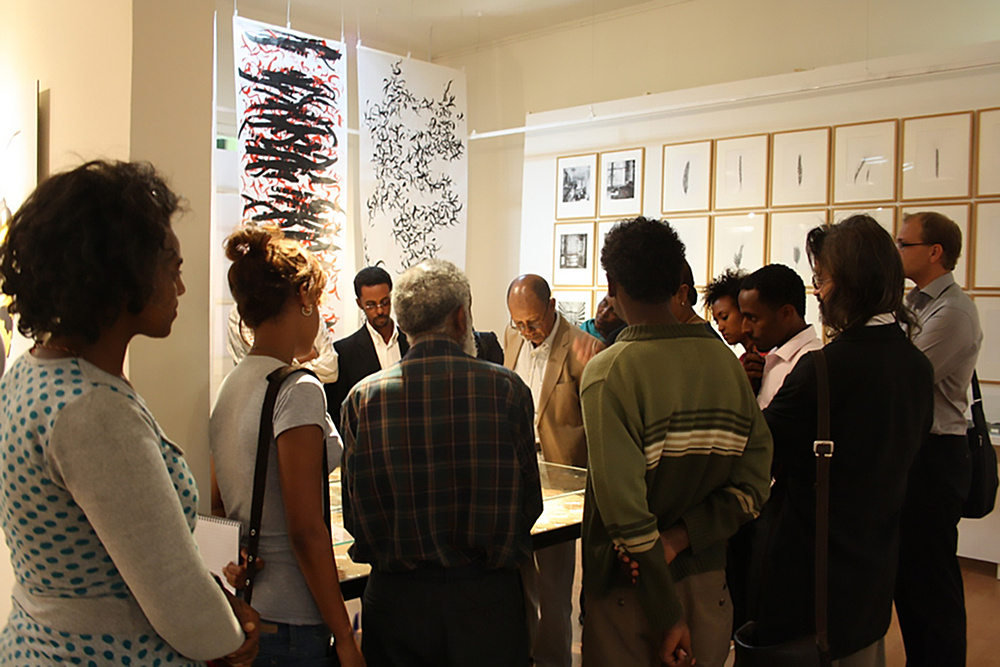 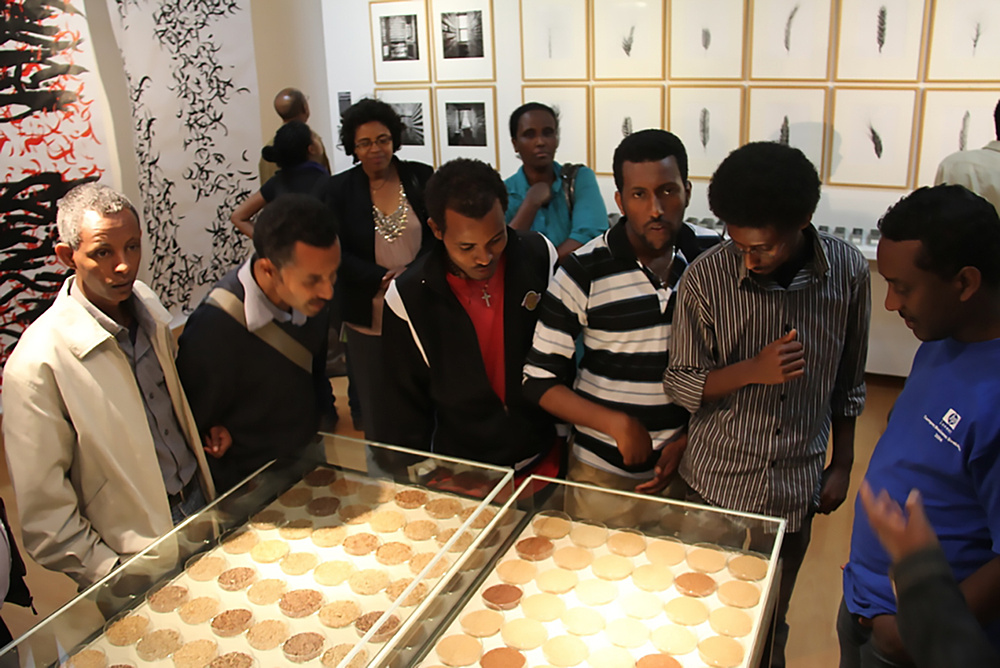 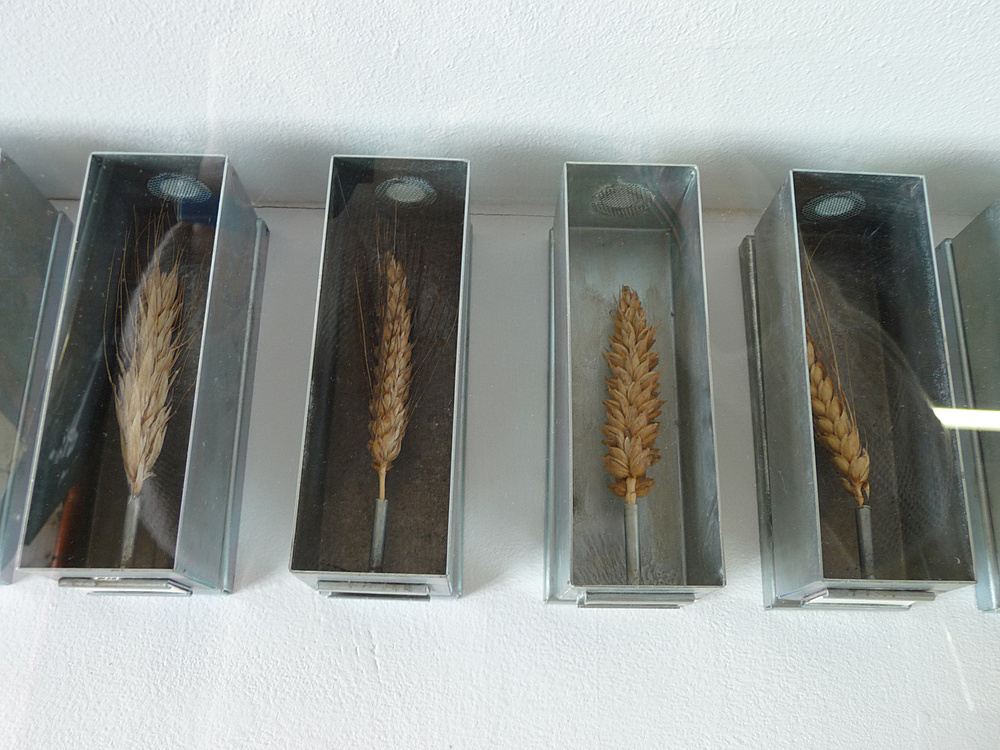 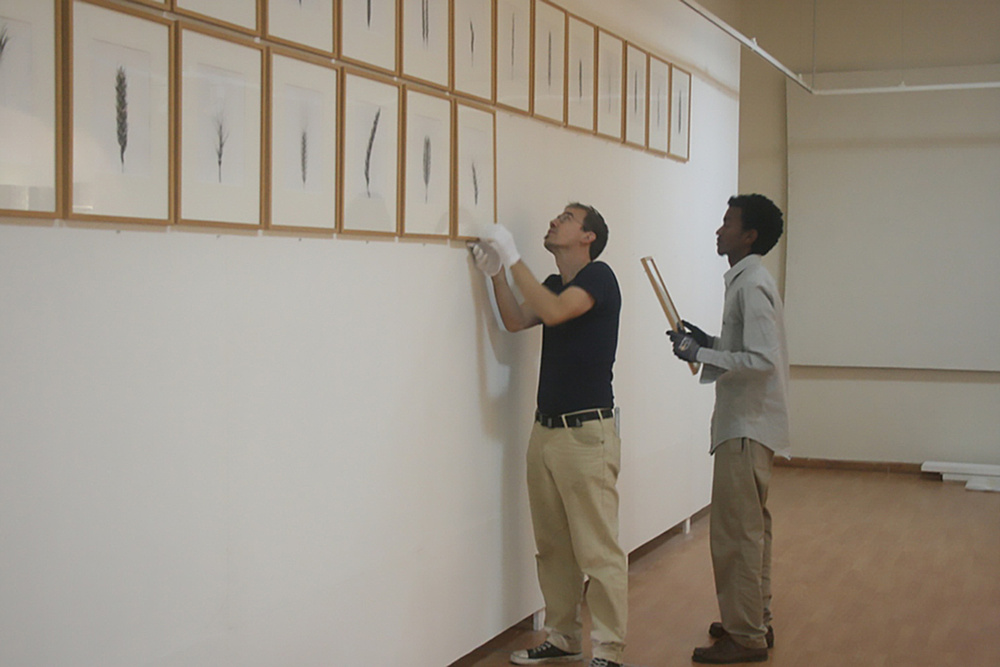 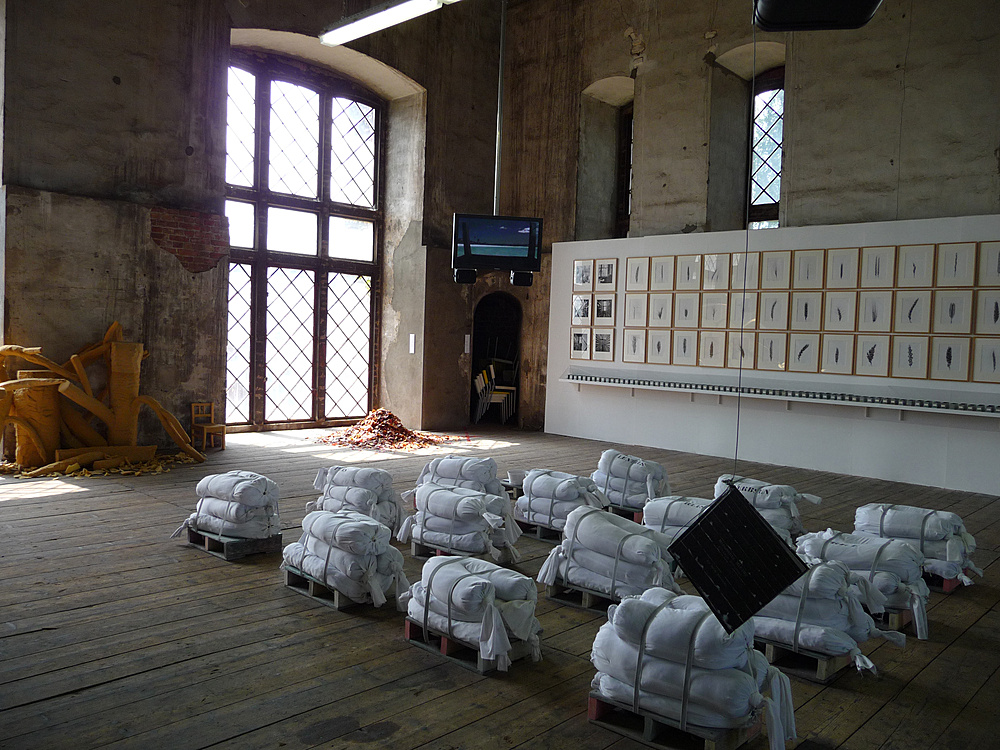 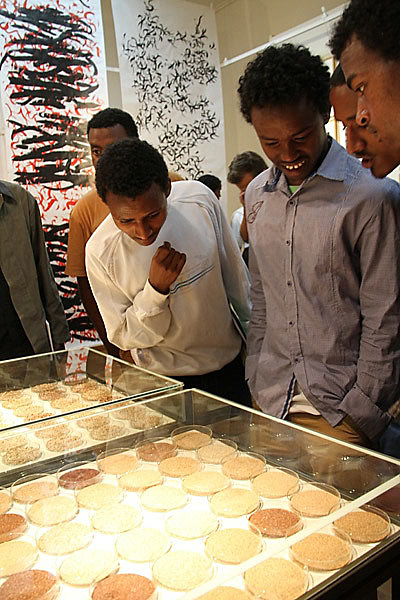 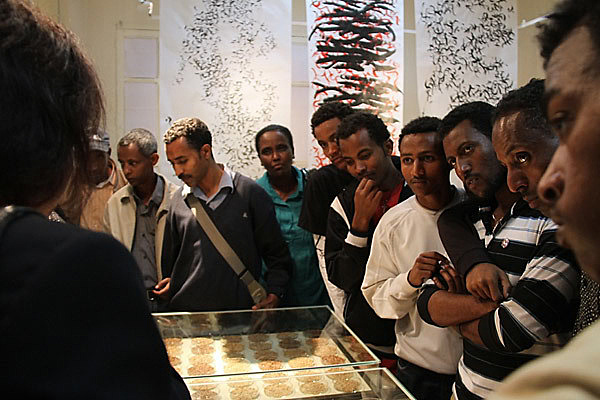 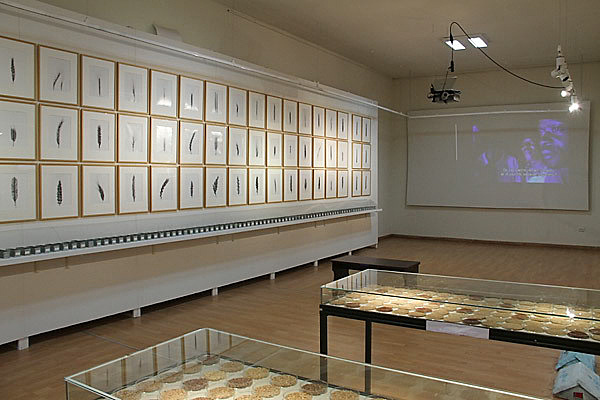 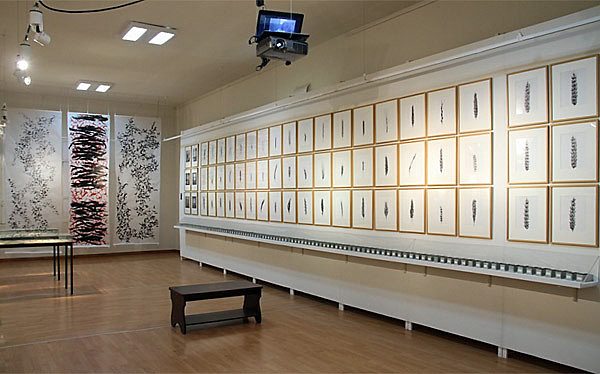 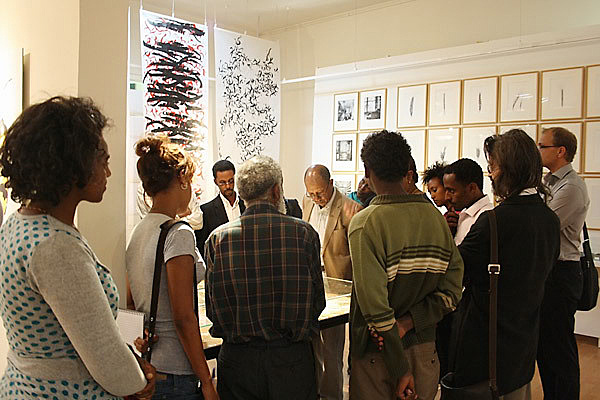 What does the jellyfish want?
Museum Ludwig, Köln, 2007 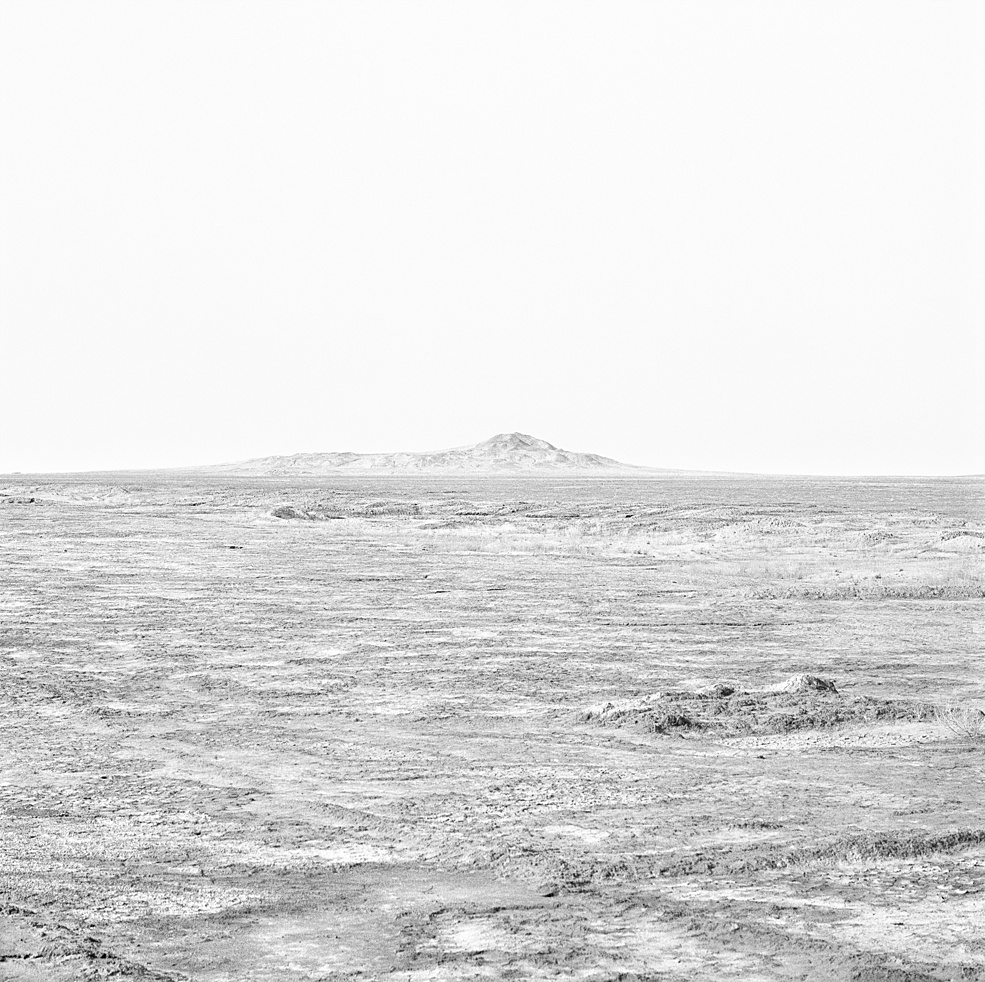 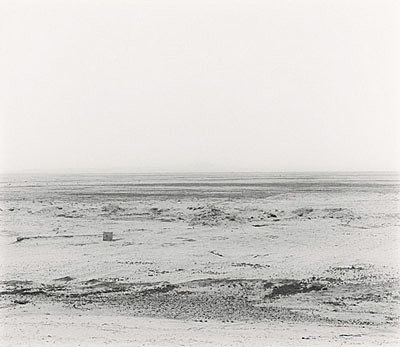 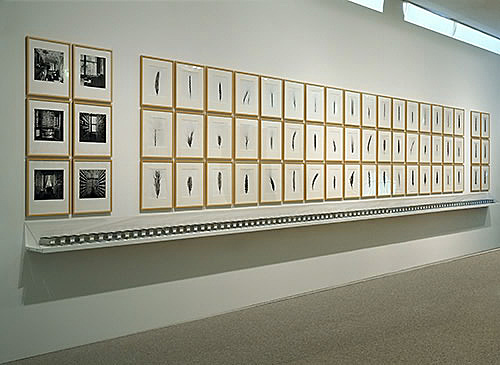 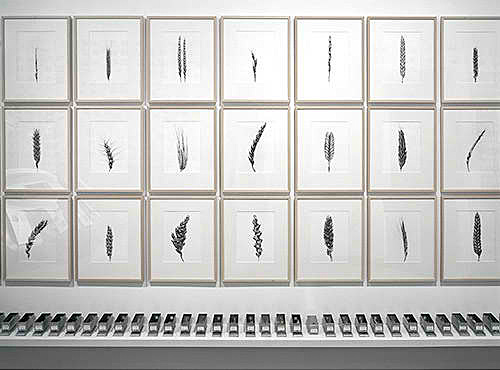 Where traditional species die out, mankind loses parts
of its history and culture.

The pictures of ears of a corn were taken at the Vavilov Institute in St. Petersburg; a gene bank for wheat where more then 66.000 different types of wheat are catalogued and filed. The arrangement of the installation resembles a gallery of ancestral portraits, in which each kind of wheat can be read as a part of cultural history where man made benefit from this plant. The individual diversity of wheat thus becomes a mirror of different cultures, epochs or climatic conditions. The metaphor of wheat, however, also acts as a sign for the transformation and the development of nature, as it is found, up to its cultivation, from wild grasses to cultivates plants. Selected and bred, determined by supply and demand, only those specieswere ”genetically“ cultivated in the course of time which provided the greatest economic benefit in global competition. Analogously to this, progress – as the title expresses - demands its casualties. The installation of Ursula Schulz-Dornburg documents the contradiction between scientific investigation of traditional multitude, and its reduction in favour of profitable hybrid wheat, and thus also points to the complexity of human actions in the context of man-society-environment. 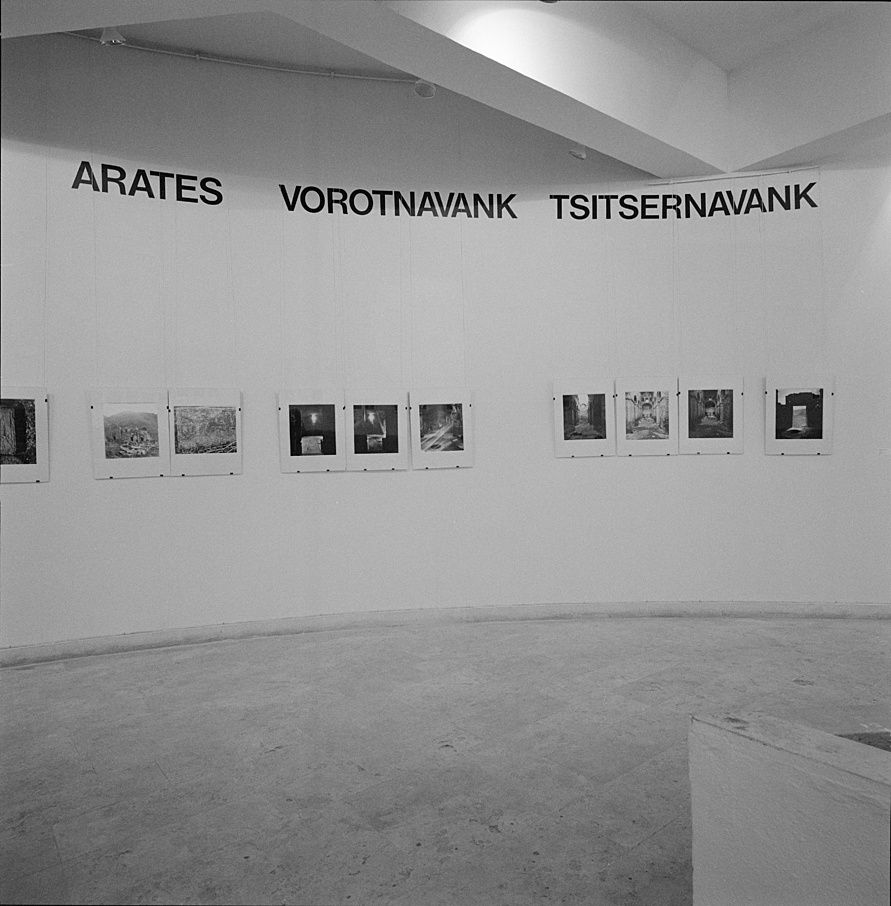