Julian Heynen: These metal objects, seemingly lying around quite randomly, are surely just as surreal as the abandoned structures in Opytnoe Pole. It’s almost impossible to guess what they might be.

Ursula Schulz-Dornburg: That’s exactly how I felt when I came across them on my way to Murmansk, where I wanted to photograph the abandoned nuclear submarines — which was of course not possible. I was instantly captivated by these huge blocks. They looked like a dismantled world, like a city that had been taken apart. I couldn’t at all imagine what they might be, so I photographed them in that situation, for that very reason.

JH: It’s quite unusual for you to photograph something without first at least having some idea of what it is. But what are these objects ?

USD: I don’t really want to say — that would break the spell. Anyone looking at these pictures should have the same feeling that I had.

JH: I used the word ‘surreal’ a moment ago, perhaps because these huge metal bodies look almost like parodies of important, ancient ruins. Or like a stage set. Realistically, one’s thoughts might turn to the idea of a graveyard of our own civilisation. Or of things that have only been left there, like sleeping giants, until they are taken somewhere else at some point.

To judge by their state of preservation, they can’t be so very old. At any rate there’s much less evidence here of the axis into the sometimes very distant past that the viewer can sense in most of your images. It seems to me more as if the time trajectory were reversed here, as if we were looking at a form of science fiction. 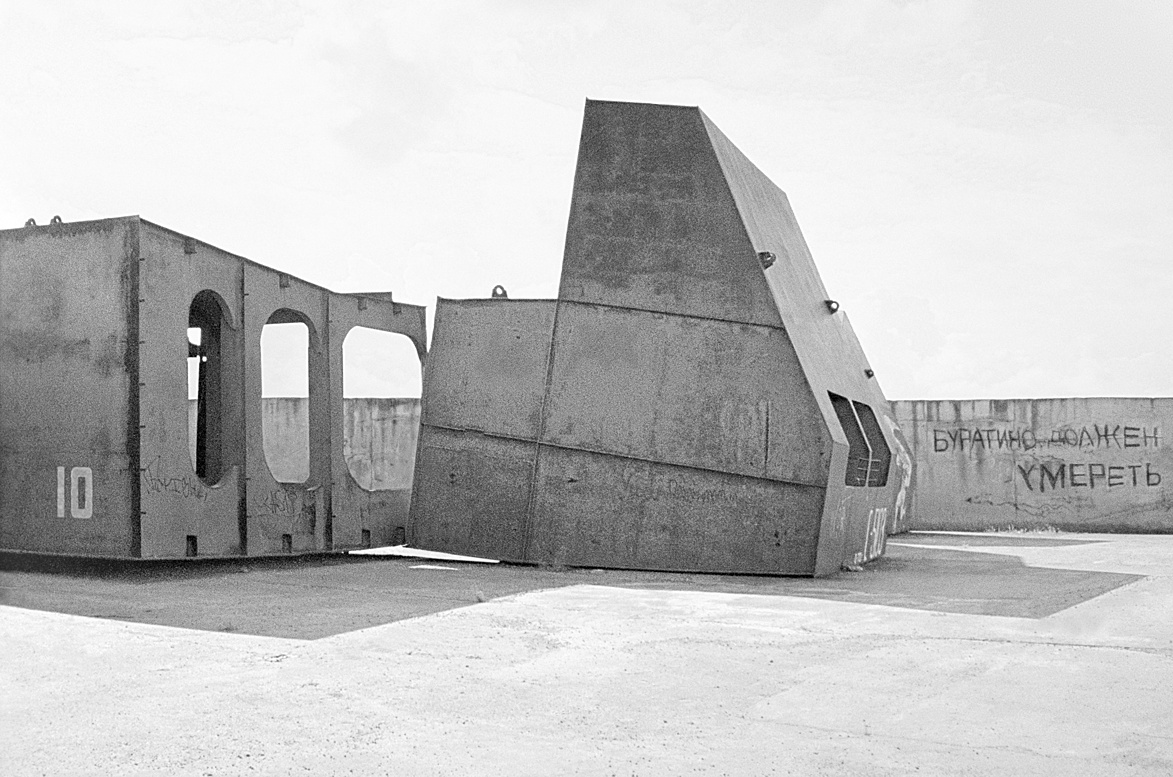 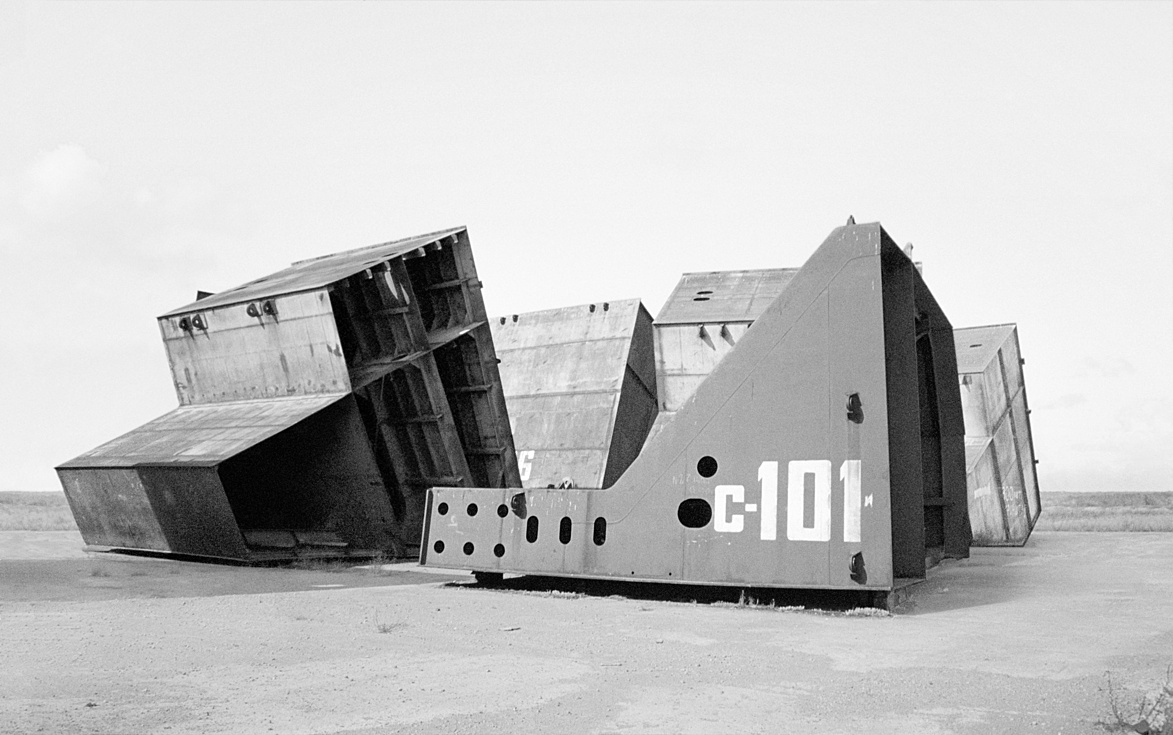 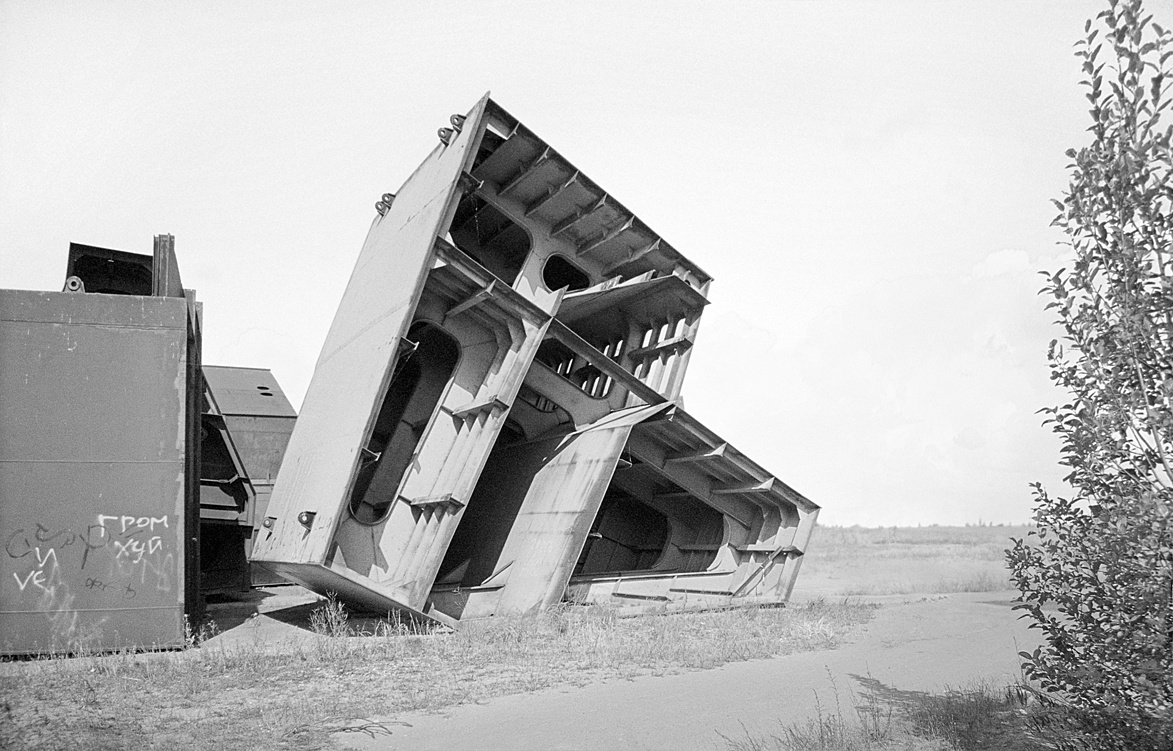 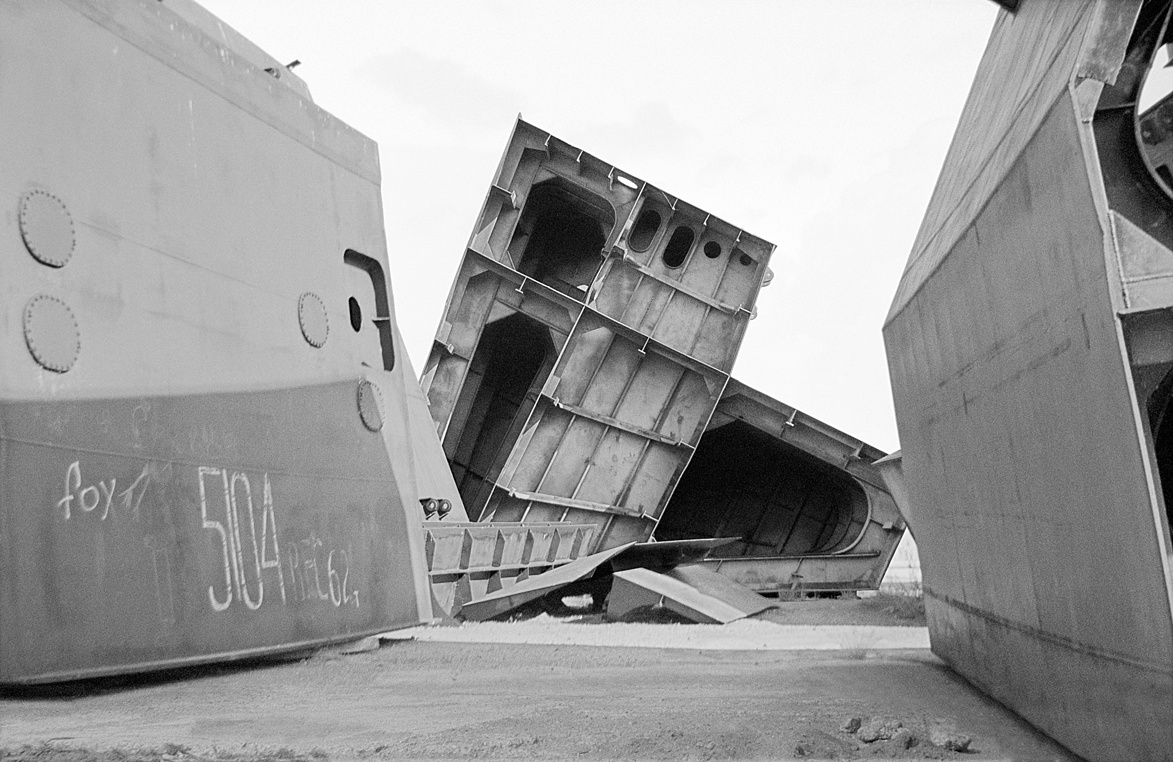 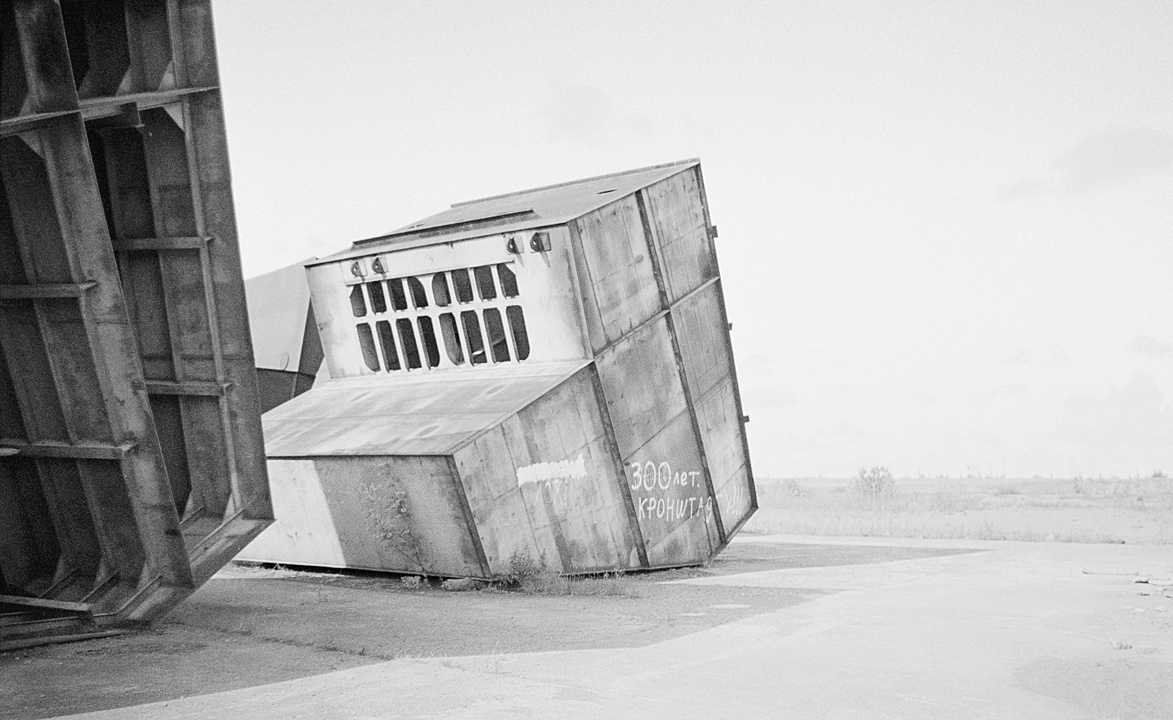 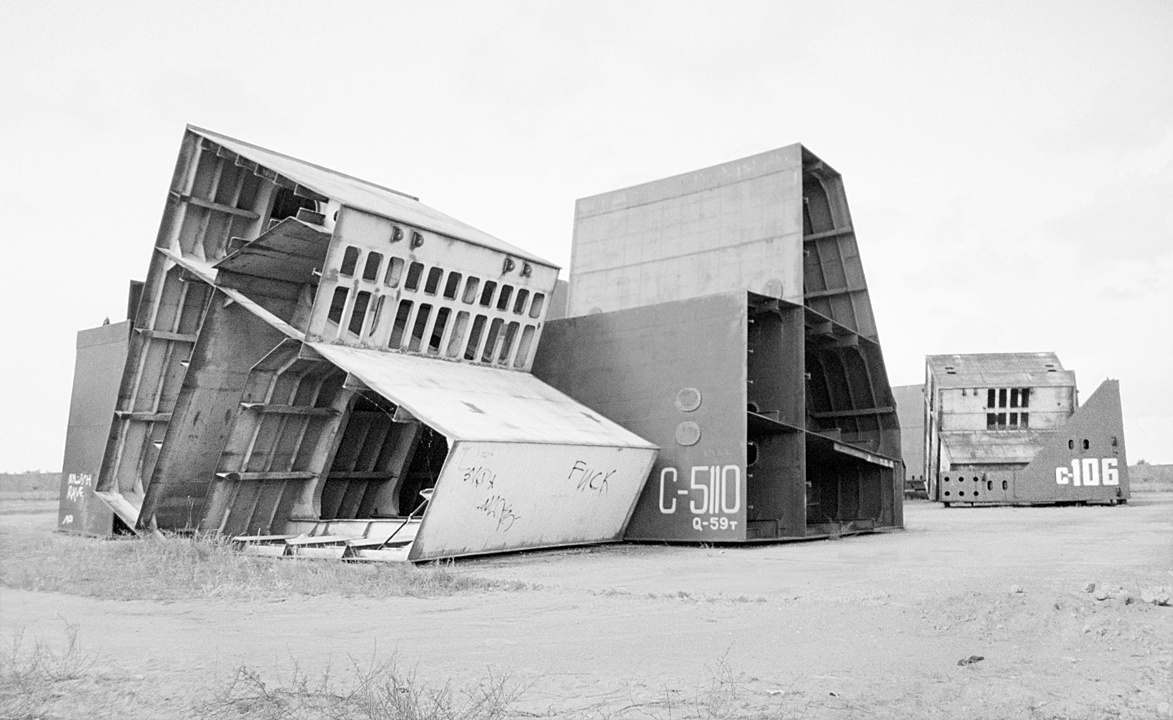 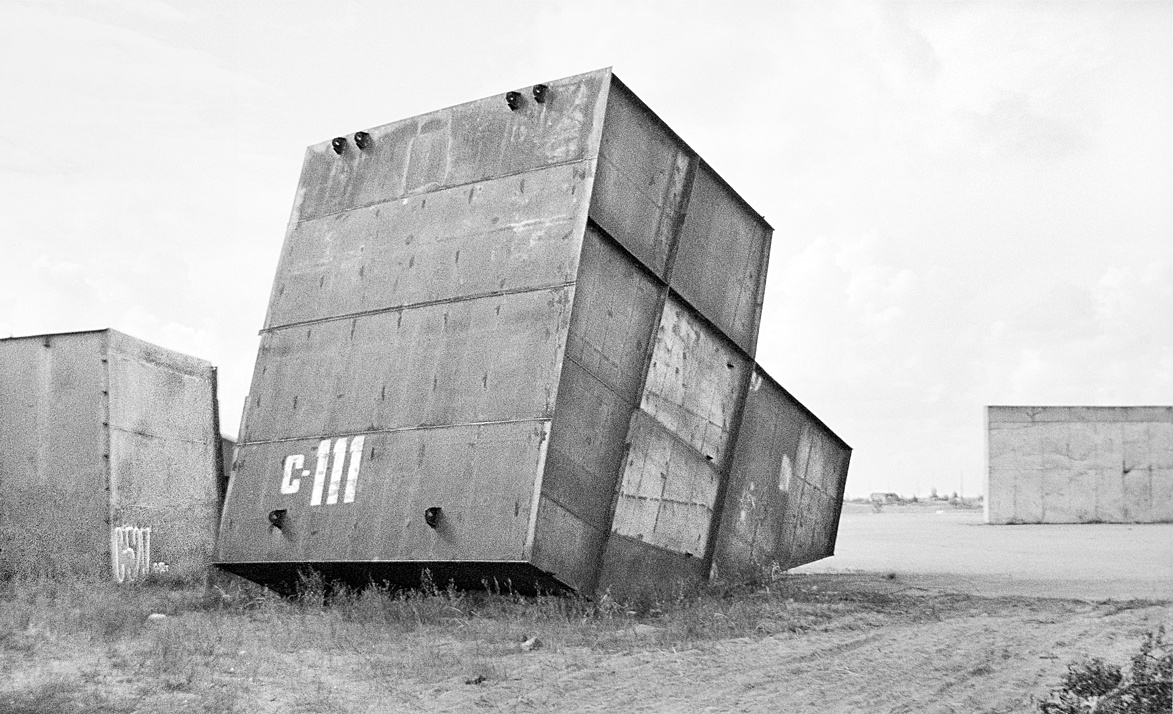